Our research team has analyzed several thousand new leases in Vienna over the past 10 years. In doing so, we relied exclusively on real data taken directly from the leases.

In Vienna, net rents fell on average for the first time in 2021, despite an increase in the number of transactions compared with 2020. The data thus show a reversal of the previous long-term trend.

“The fact that living is felt nevertheless for many humans increasingly as financially burdening, is therefore primarily not the net rents estimated by the landlords and real estate owners owed, but the constantly rising public fees and dues as well as the development of the energy costs”, comments our managing director of Rustler real estates Alexander Scheuch. 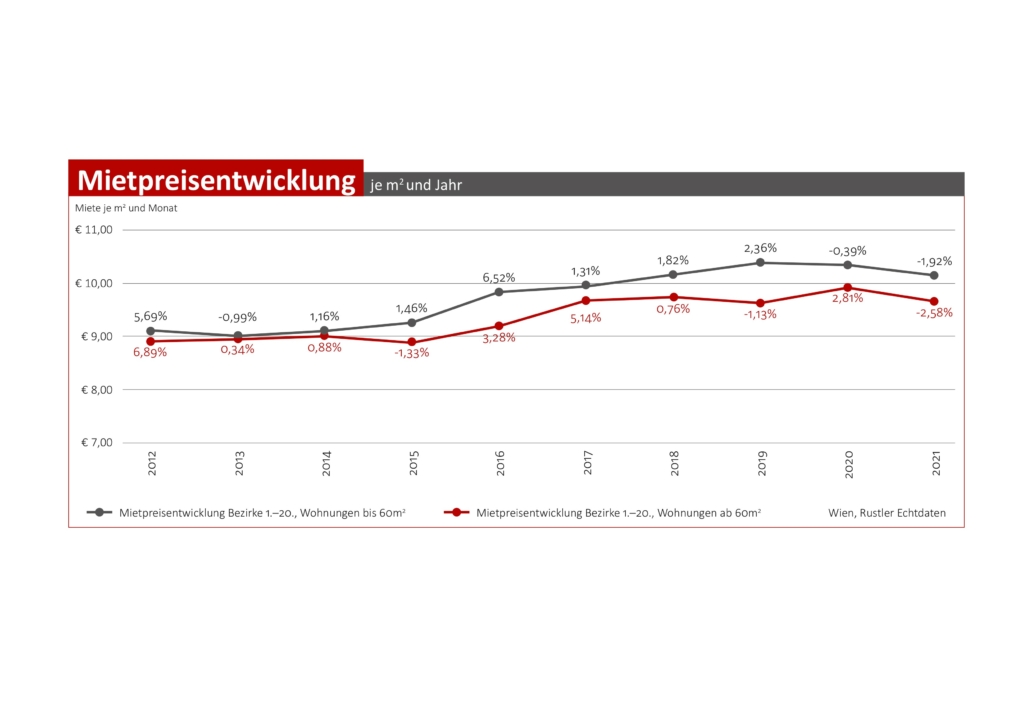