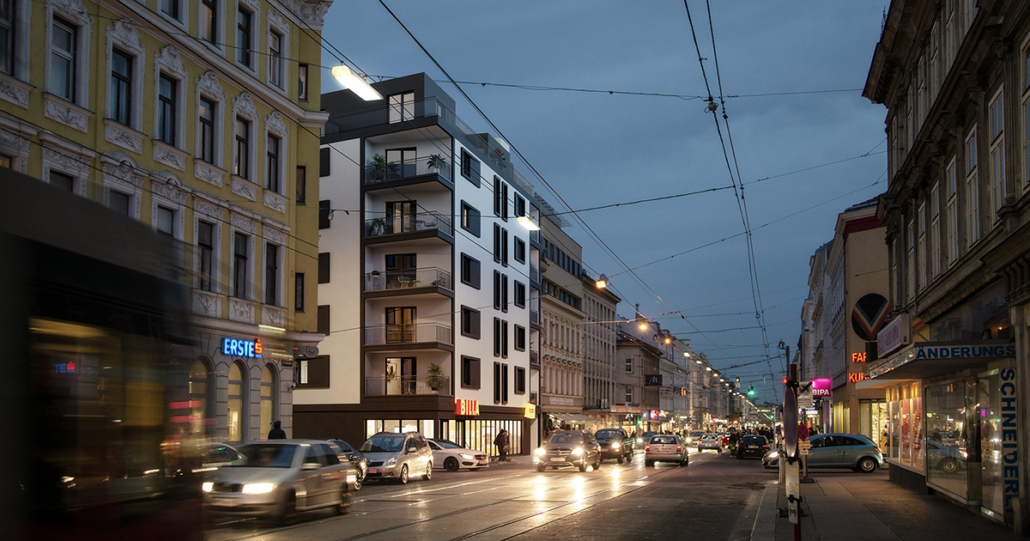 We already discovered the district of Ottakring for the development of residential projects a few years ago. Not without reason, as Ottakring has developed into a sought-after residential district in recent years.

“Since the demand for rental apartments in Ottakring is enormous, several of our projects, which we have developed for investors, are aimed exclusively at prospective tenants,” Rustler shareholder Markus Brandstätter reports on the orientation of the projects.

The latest and so far largest example of this is “Das Lindauer”, where a total of 65 rental apartments have been built in the direct vicinity of the new traffic-calmed Thaliastrasse, as well as a large-volume business premises, in which a new branch of the REWE Group has opened.

“Currently, we have already reached an occupancy rate of around 95 percent,” confirms the managing director of our brokerage company, Arno Kunz, who is responsible for letting the apartments with his team, about the high demand. The run on the last available apartments has begun, reports the Rustler brokerage team.